A long winter left the vines dormant until early April. Bud break was followed by a drop in temperatures, which delayed flowering. The weather remained changeable throughout the summer, with a very hot June and wet July, providing the ideal groundwork for the imminent maturation period. August presented itself from its best side, with sunny and dry weeks and extraordinarily low temperatures at night. Apart from few showers in late September/early October, the weather during the harvest, which started 10 days later than last year and with lower volumes than usual, was characterised by many warm days with increasingly cooler nights. The white wines of the 2021 vintage showcase great depth and reveal pronounced freshness and delicate fruity notes on the palate, whereas the fuller bodied red wines boast mature tannins and fresh aromas of fruit. 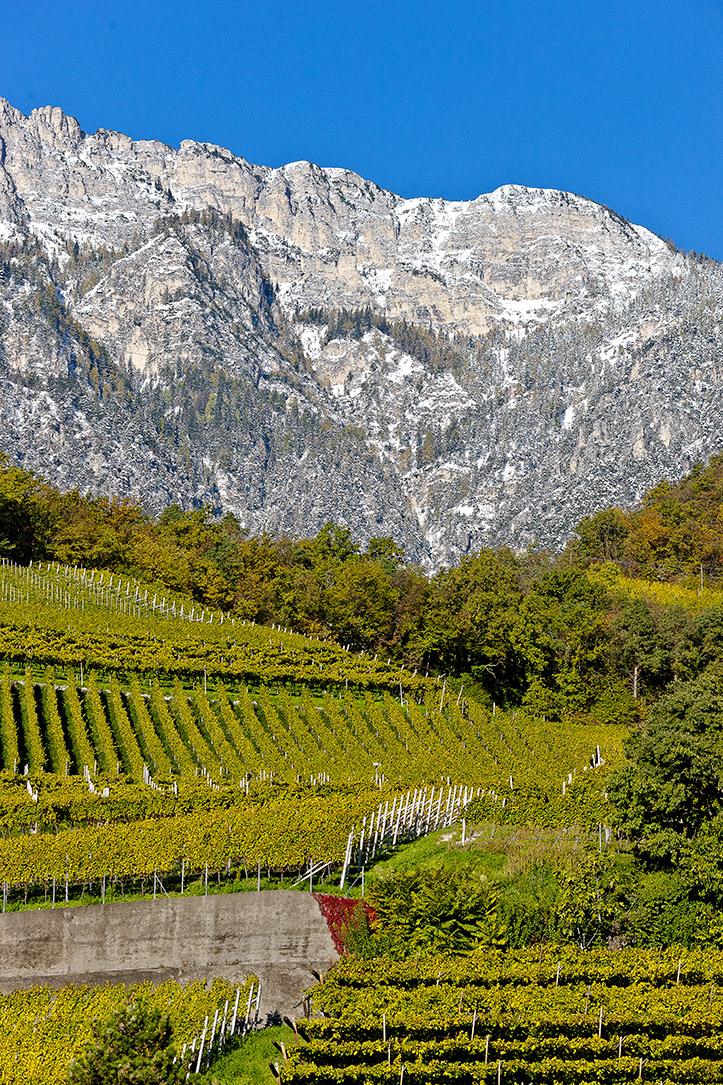 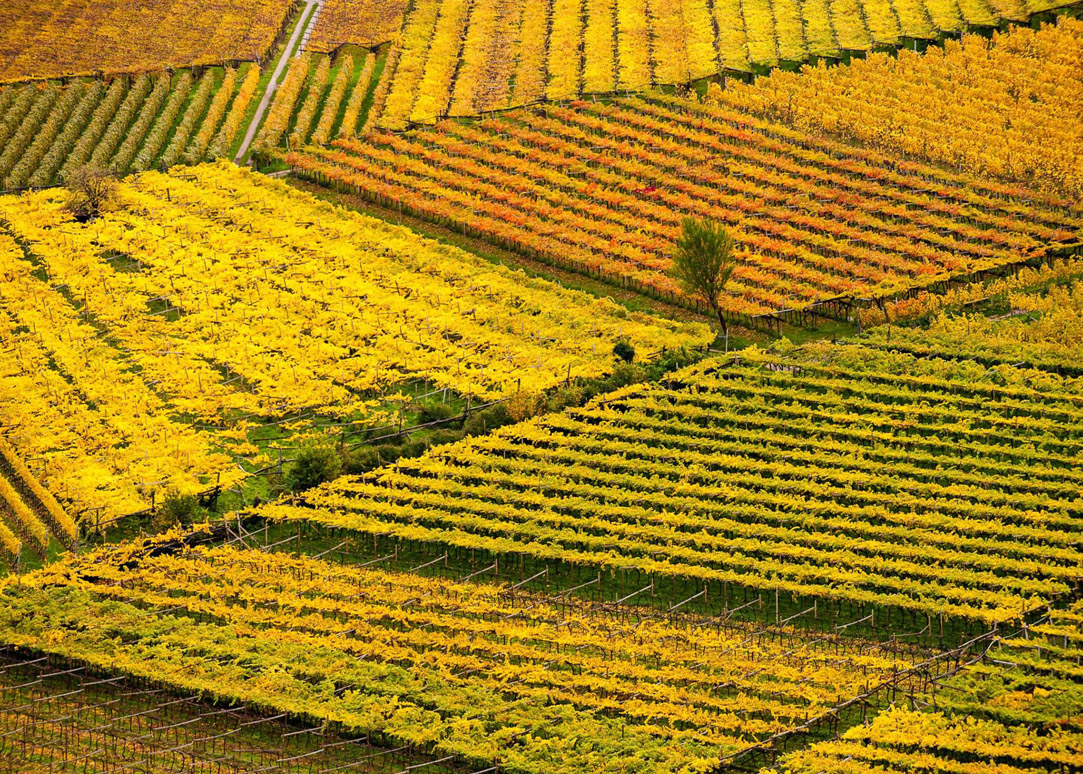 The grapes are harvested into small bins and once destemmed, they ferment at controlled temperature (25 ° C). Following natural and malolactic fermentation in steel thanks, the wine ages in cement vats and oak casks.

Lago di Caldaro is a light wine, low in tannins, with a light ruby color.

It tastes soft and fruity, with a pleasant texture and hints of bitter almonds.

This wine goes well with appetizers and typical Tyrolean cuisine, bacon and ham, in addition to white meats and mild cheeses. It is also suitable to drink between meals.